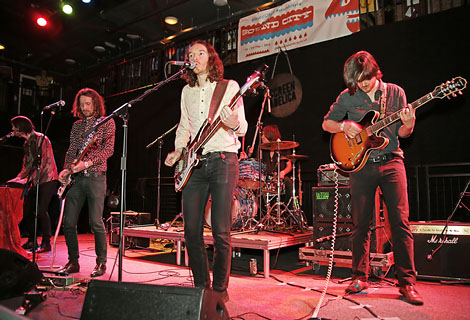 So, could this second night live up to Liverpool Sound City’s opening thrills? Travelling to tonight’s sophomore set on the train listening to the brilliant TV EP from Brighton slacker Theo Verney we had high hopes.
Thankfully the fuzzy garage promise of this platter is met by Theo and his band of cheerful southerners as they launch into a fantastic set in front of a pleasingly busy Kazimier.
A riot of dirty riffing and brutal licks follow with Theo‘s three piece band gleefully enjoying a sound their leader describes as the best they’ve ever had. Think early Kings of Leon crossed with the repetition of LIverpool heroes Clinic and you’re getting somewhere close to Theo‘s low fi scuzzy appeal. A great start to the night and judging by the amount of record company types taking notes perhaps a star is born. 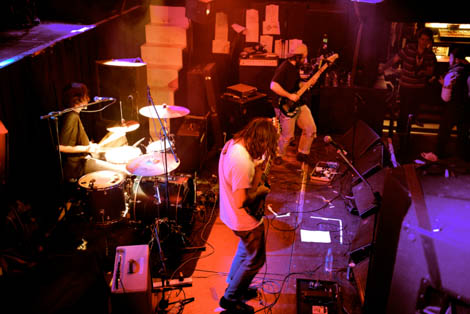