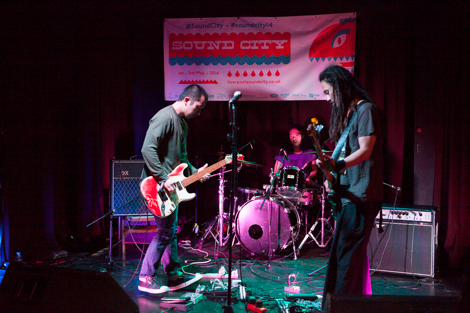 We go again. After last night’s trials and tribulations, we soldiered on into Friday eager to tackle venues we couldn’t reach, and hopeful of unearthing a gem or two along the way.
First up on the agenda was The Zanzibar and Folly & The Hunter who had came all the way from Montreal to play Sound City.
Their trip was worth it as they opened with a set that offered plenty throughout the half an hour or so they were on stage. That said it was a shame that there wasn’t many more in attendance but with an early slot the lack of a crowd is surely always to be expected.
After a mad dash up Duke Street, we soon found ourselves at the Black-E and confronted with a wonderful array of posters as part of the Screenadelica exhibition. Not only that but there was also live music in the form of Vault of Eagles with the two females on guitar giving their all despite the paucity of the audience.
From there another trek awaited… This time Korova was the venue and Campfires in Winter were the band in question. To be honest we wish we hadn’t bothered as we struggled to get into the music they were playing. It just seemed a wall of noise and whether that was us being naive or not we couldn’t tell. 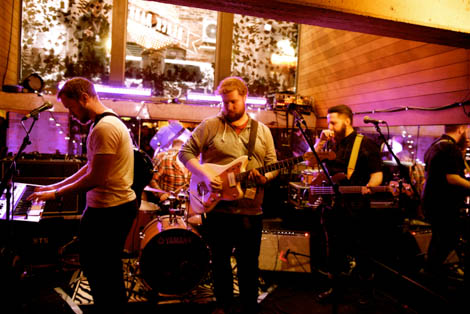