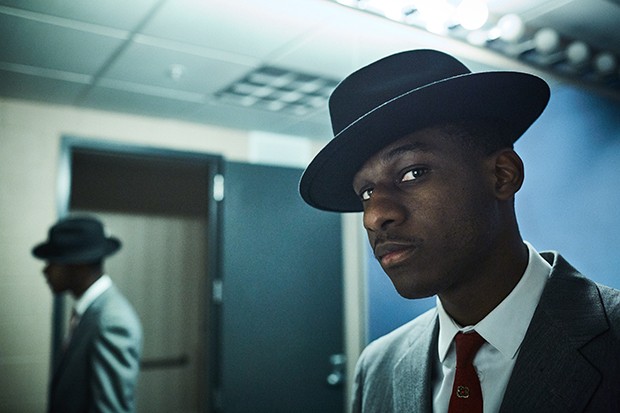 Its safe to say that the Festival season is well an truly creeping up on us. With the likes of Liverpool Acoustic Festival and Threshold already gracing us with their presence this year, it wont be long before you dig out those glow sticks and shorts before necking vast quantities of cider like it’s going out of fashion.

But before we get sucked into the full audio whirlwind, we can reassure you that there are still some quality acts to see each week in our city, with this week being no expectation.

From electronic pioneers to rock royalty, via award winning soul, the valleys of soundscape we cross in this weeks selection are vast and plentiful in its rewards. So sit tight as we take you on our voyage and remember to check our playlist to hear what they’re all about. 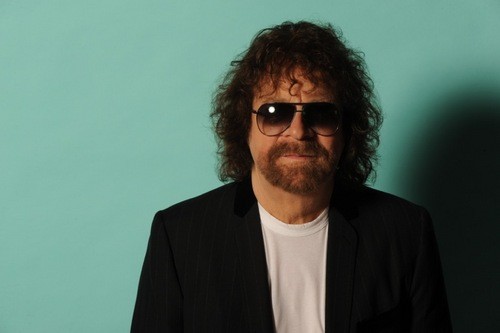 The long awaited and much welcomed return of Jeff Lynne’s ELO is music to many people ears around these parts. Following the release of their latest album Alone In The Universe late on last year, the bearded Brummie returned to the fold in spectacular style with many critics hailing the album the groups best work for decades.

Since then, the group have announced a full UK tour with a date this week down at the docks at the Echo Arena kicking the tour off, as well as being named as takers for this years Glastonbury Festival Legend’s slot. We fully expect many to board upon their mother ship this Tuesday night. 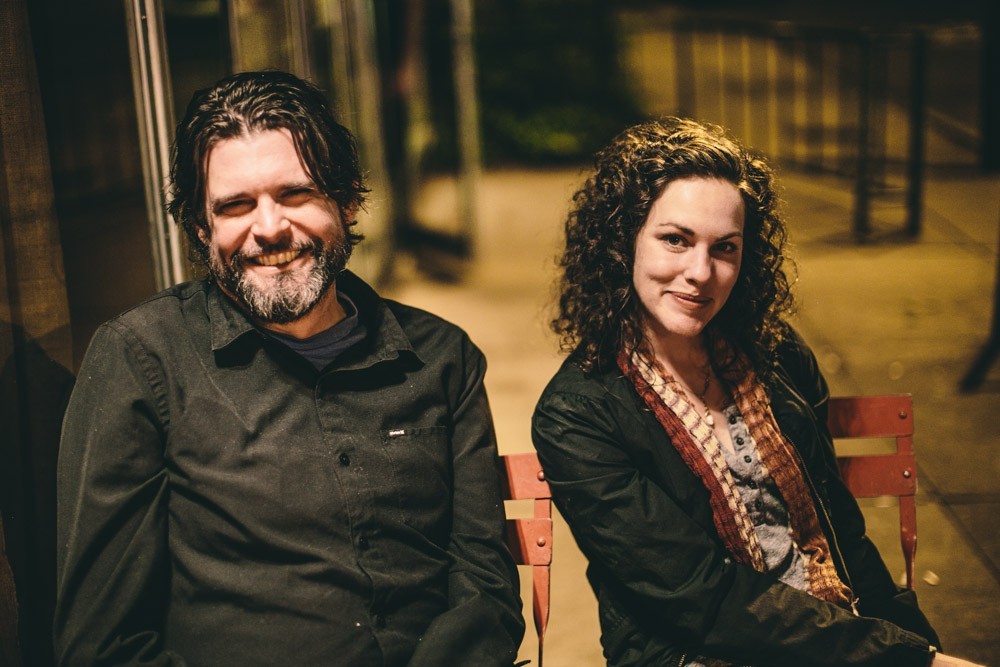 Amy LaVere and Will Sexton

Amy LaVere and Will Sexton: The Bridewell, April 6

The multi talented sounds of Americana songstress Amy LaVere make a rare appearance in the intimate surroundings of The Bridewell this Wednesday as she joins her husband and fellow musician Will Sexton in support of their latest work Hallelujah I’m A Dreamer.

With exquisite story telling coming as second nature to the Memphis singer, fans of LaVere‘s usual sound will be in for a treat as together with Sexton they create an altogether different proposition. Support on the night comes from former The La’s man Mike Badger on what should be a top night of song down the old clink. 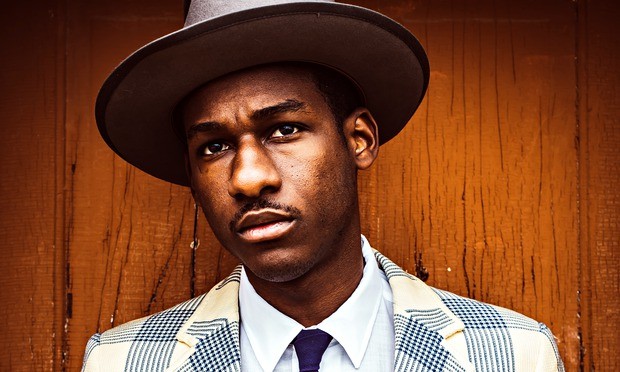 More reminiscent of the sounds of the 60’s, Leon Bridges is a soulful sensation that has a voice which commands your every second of attention with each note it delivers.

Merging together soul and gospel to stunning effect, Bridges is seen as being at the forefront in a soul renaissance with plenty hailing him as the Sam Cooke of our times. Joining the Texan for his show at the O2 Academy will be R & B upstart Andra Day who’s soaring vocals will get the night warmed up nicely. 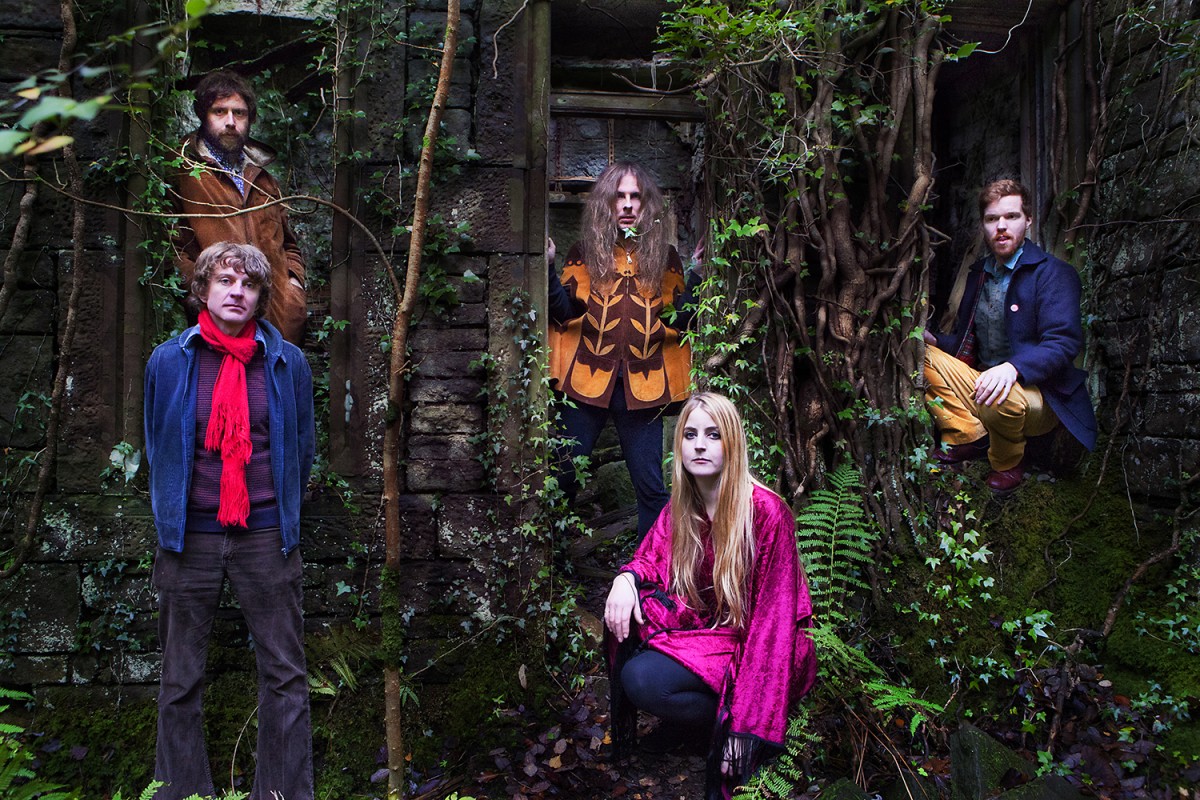 Scottish folk rockers Trembling Bells roll into The Buyers Club this Thursday having recently released their stunning mini album Wide Majestic Aire. With its mellifluous beauty, it will please those who were taken aback by the groups previous release The Sovereign Self.

Able to blend together psyche, country and medieval music into something compellingly modern is no mean feat and this date will be the ideal chance to see why the group are held in such high esteem by the likes of Paul Weller and Stewart Lee, with the comedian adding the group to his ATP bash later this month. 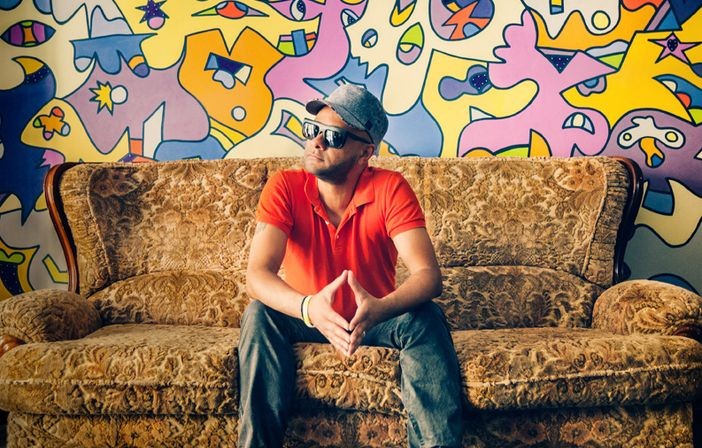 The legendary sounds of Nightmares On Wax grace 24 Kitchen Street this Friday in what is bound to be one hell of a party in the Baltic Triangle. The “Godfather” of Warp Records will return to the scene of his stunning set last year and will most definitely be a sure fired way to get your weekend off to a banger.

Another pioneer of British electronic music will be on the bill with Steve Cobby of Fila Brazillia fame showcasing how he helped to define the sounds of 90’s clubland. With sets coming from No Fakin and Mad Nice Soul Selectors to boot, you will definitely need your dancing shoes for this one. 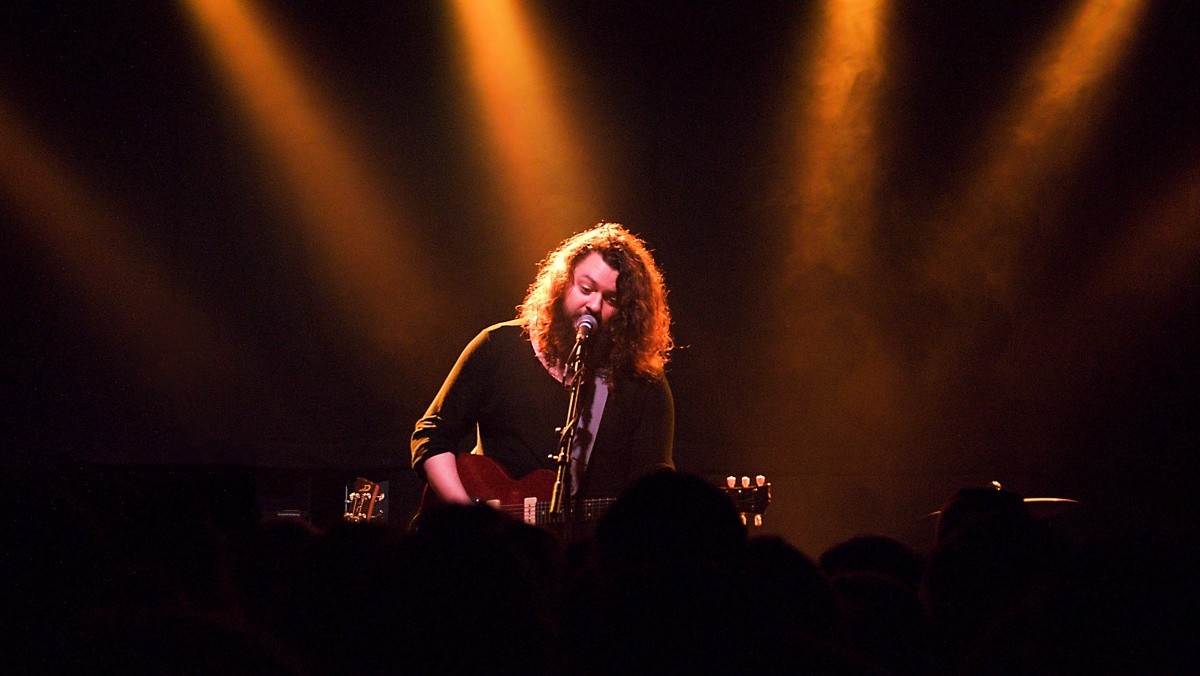 In the spectacular surroundings of the Scandinavian Church, the warming baritone vocals of John Joseph Brill will be at their most striking when he heads down Park Lane this Friday.

Having released his latest single, the stunning False Names earlier in the year, the whiskey soaked master returns to his adopted home before making an appearance at Dot To Dot Festival next month. Support on the night will come from euphoric pop outfit LIVES who with tracks like the storming White Lies will charge up the Nordic to bursting point. 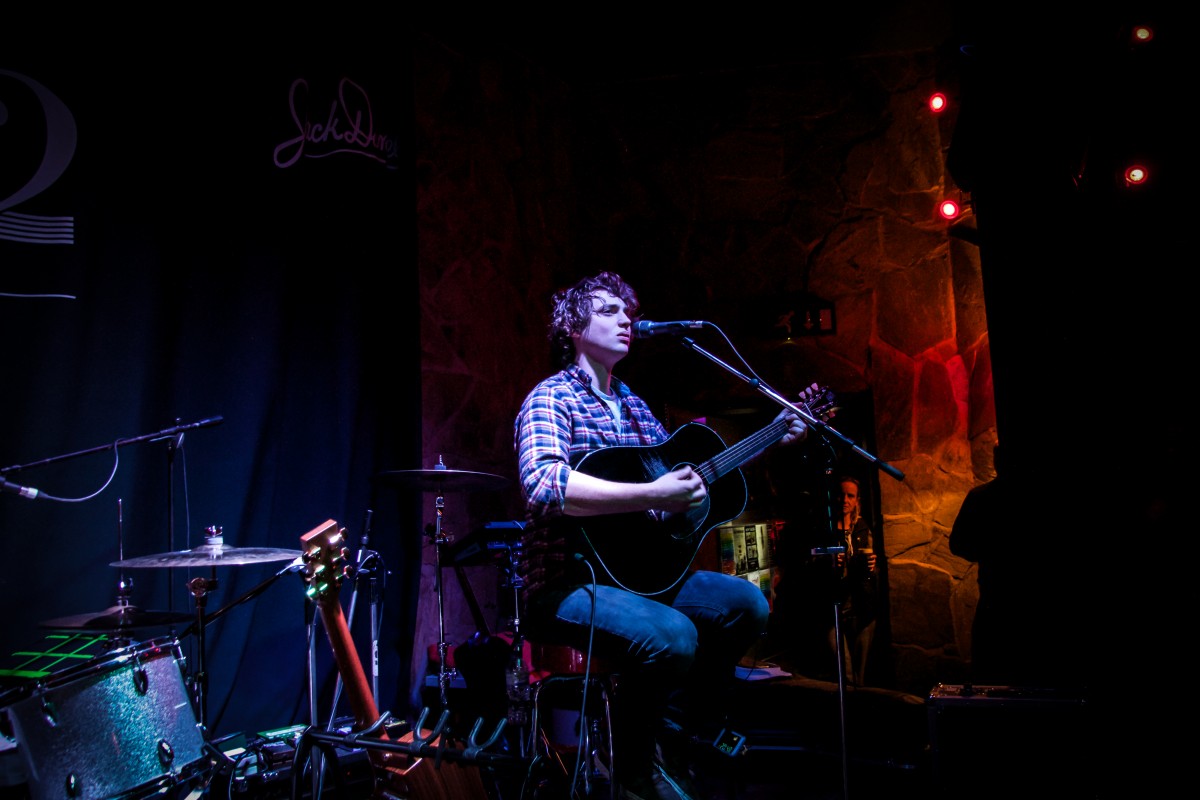 The gravelly tones of Shrewsbury blues man Dan Owen will be making a stop at Studio 2 this week. Having released his latest single Witching Hour last month, the talented song writer is fast gaining a name for him self with his gritty story telling.

Joining Owen on the night will come from two other young talented song writers. The radiating sounds of Ian Janco will charm many with his warming sounds, while Widnes crooner Liam McGrath will be worth getting down early for. 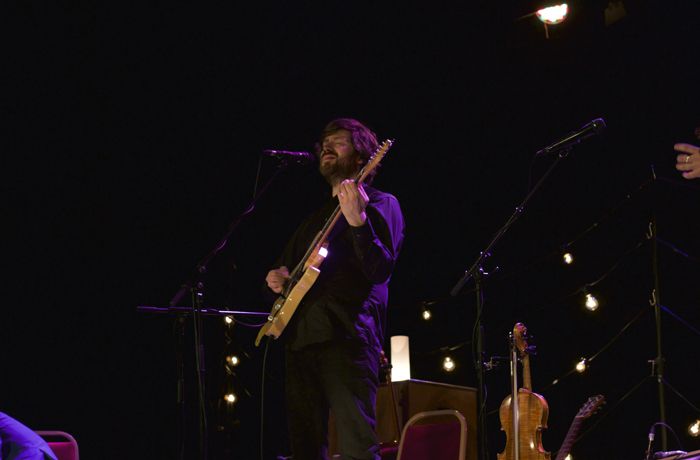 Away from his usual role as a member of the kings of experimental folk Lau, the superbly gifted singer songwriter Kris Drever celebrated a decade of being a solo artist by releasing his latest album If Wishes Were Horses last month.

Tackling subjects of social migration, sex and self employment, its a deeply personal piece that shows why he is considered to be one of the most renowned artists in his chosen scene. His appearance at the Music Room this week should be one not to miss if you get the chance. 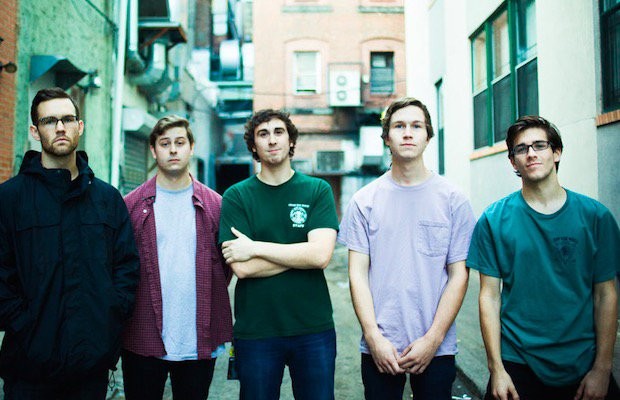 A triple header of punk power makes its way to District this week, ready to tear open the weekend with a full force blow to the audio senses. Heading the night will be Chicago rockers Knuckle Puck who having released their debut album Copacetic to much acclaim last year, will be showing their expansive take on punk.

With Seaway and Boston Manor also joining in the shenanigans, District is the place to be this week for those who like their music with a bite. 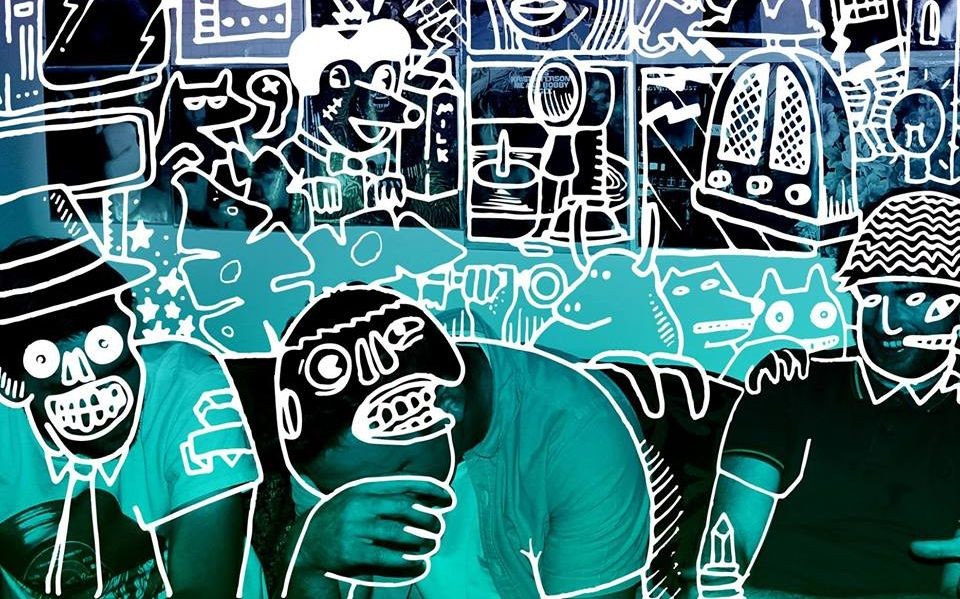 The latest from a bolstering cluster of talent flowing from the Wirral, Pure Joy make the short journey over the Mersey to the Buyers Club as they launch their debut album Bang Flower. Trippy, anthemic, euphoric at times, Pure Joy are fast becoming a firm favourite for many who have been lucky enough to catch them.

Joining them will be two other flourishing Merseyside acts in the form of garage pop trio Beach Skulls and cosmic trio FUSS on a proper solid lineup. Make sure your early for this one.

This deeply reflective look at the musical icon makes a return to its home as Lennon Through A Glass Onion celebrates the genius and music of John Lennon when it plays at the Epstein Theatre later this month.

Having wowed audiences over the pond in Broadway, this John Waters play has continued to move fans of Lennon since its birth in Sydney 1992 and will be a must for any fan of the great mans work.